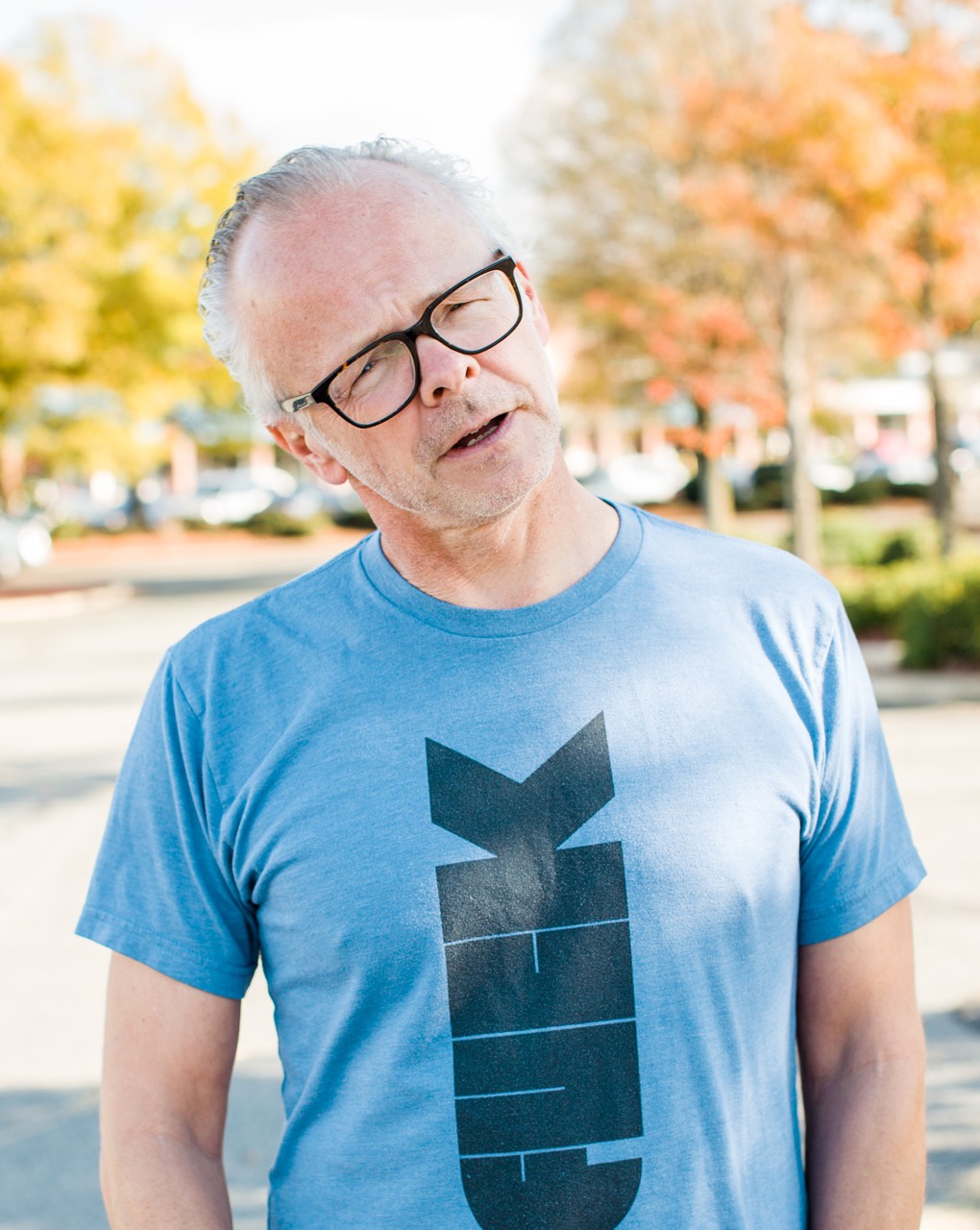 Where are you from?  Wooster, Ohio!

What are three words your friends would use to describe you?  Absurdist, loyal, contrary.

Why do you run?  To sweat, reboot and occassionally find nature’s rhythm.

Why did you decide to join the Station Pub Run?  The random mixing of nice humans. The awesome pint cups. (Which weren't available yet, but I could sense great things ahead.)

What is your favorite thing about the Station Pub Run?  Though many hide it very well, everyone is eccentric and affectionate.

Describe the most recent (appropriate ) photo you took with your phone:  A bunch of birds (rooks, grackles, blackbirds and crows?) outside a McDonald's in Surf City. It seems that bored locals park there and occasionally drop fries, which brings hundreds of birds who perch on two small trees and cars.

What is the best piece of advice you ever received, and who gave it to you?  My father’s advice when I headed to college: find a few good mentors.

If you could have any talent or skill in the entire world, without needing to practice and money was no limitation, what would it be?  Flying, drumming, sailing or speaking Russian.

Tell us something about yourself that not many people know:  I played euphonium. In my 20s and 30s, most friends called me Hank. I spent the summer of 1983 shovelling 40,000 pounds scrap aluminum at a firehose coupling factory in Shreve, Ohio. I also learned to race forklifts that summer.

What is something you have done recently, or are about to do, that you are proud of?  I'm proud of Racery's new English Channel Virtual Swim. It's nothing very profound, but represents us continuing to nudge an idea forward and find new angles and groups to serve.

Please share your favorite quote or slogan:  To accomplish something big, do a little every day. (So why don’t I already speak Russian or play the guitar?!)

Best book you’ve read recently?  Yuri Slezkine’s The House of Government about the luxury apartment complex the Soviets built in central Moscow in the 1920s for intellectuals and honchos. By the end of the 30s, nearly every adult resident had been either imprisoned (some getting multiple round trips) or shot in Stalin’s purges.

Anything else you’d like to share with us?!  Thank you Steph for making SPR and PBR happen. We're all happier because of your hard work!

Runner of the Week